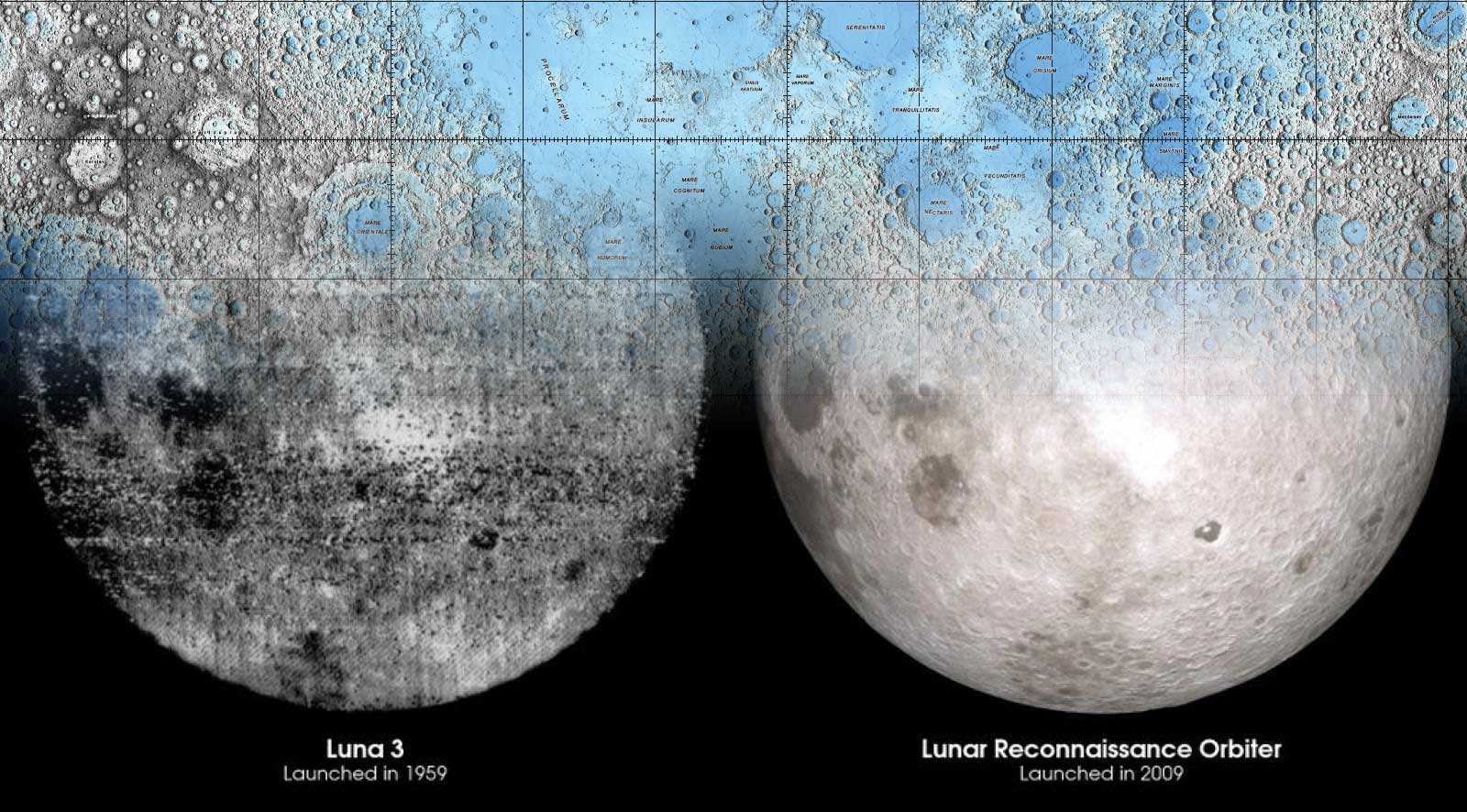 There was a time in human history when no living creature had ever seen the hidden face of our beloved satellite.
As you know, earthlings can only admire one side of the Moon. The other side can only be seen from space.
For millennia the laws of physics stood in the way of our quest for knowledge, until one day we learned to use such laws to our advantage.
To go back to that day, we need to set our time machine to an astonishing…

Yep, it was the 26th of October, 1959. A lot of people still alive today was born at a time when we didn’t even know what the other side of the Moon looked like (let alone landing on it).
On that day, as described on the official mission page:

[quote style=”boxed”]The Luna 3 spacecraft returned the first views ever of the far side of the Moon. The first image was taken at 03:30 UT on 7 October at a distance of 63,500 km after Luna 3 had passed the Moon and looked back at the sunlit far side. The last image was taken 40 minutes later from 66,700 km. A total of 29 photographs were taken, covering 70% of the far side. The photographs were very noisy and of low resolution, but many features could be recognized. [/quote]

The Russian spacecraft was equipped with an analog camera, an automated film processing lab, a scanner and a transmitter. Yes, it was cutting edge tech back then.

These instruments produced the first picture of the B side of the Moon. The people who looked at the picture as it was transmitted back to Earth, also happend to be the first humans who actually saw the other side of our satellite.

The original picture was this:

The full gallery can be found here.

Today, there’s a little guy up there called Lunar Reconnaissance Orbiter taking better pictures (among many other things). Here’s a nice comparison made by NASA and published on this article.

Thanks to the LRO, we can now enjoy these beautiful maps of the Moon, recently released in this article and available in high resolution.

This site uses Akismet to reduce spam. Learn how your comment data is processed.